So a few weeks ago I posted this report on the state of pharmaceutical counterfeiting globally This week we’ll look at the dire state of the genuine pharmaceuticals industry. 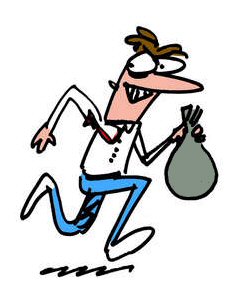 Since the beginning of this year two leading drugs companies GlaxoSmithKline and AstraZenca have all but completely pulled funding for research and development of meds for neurological disorders. Before I go in to detail it’s worth noting the annual marketing budget of the industry is $57.5 billion. To put that in to context, the gulf sea oil disaster this summer only cost $8 Billion. That’s even more money spent on advertising than the highest value note in Zimbabwe could buy, well perhaps thats not saying much. One single company, Forest, spent $36 million on lunches for doctors to create “an extended amount of selling time for representatives”, in one year, for one single drug, the anti-depressant Leraxo.

On 4th February GSK announced it was pulling out of research in to pain, Depression and Anxiety Disorders. Since then AstraZeneca has announced it has followed suit also adding Schizophrenia and Bipolar Disorder to the list of neurological conditions being abandoned. The justification for this was primarily economic, despite this, the companies continue to spend billions in advertising the high priced, often addictive and sometimes deadly products already on the market that have been proven to barely provide any benefits at all in many cases. This will come as a shock to anyone who has studied psychology as you’ll know that depression, anxiety disorders and schizophrenia take up almost the whole of any introductory psychology text book, and as those textbooks would tell you the current meds are generally not very effective and involve substantial side effects. Worse still for dozens of neurological conditions current meds don’t yet exist that provide real benefits (e.g. for conditions such as Alzheimers and ALS). Research in to more promising compounds just isn’t as profitable as selling the ones developed decades ago.

As a result of these announcements the Institute of Medicine has called a meeting with government leaders and academics globally to assess the problem, it stated that…

“the biggest problem… is that when you look at what companies are doing for psychiatric drug treatment … there are very few new molecular entities, very few novel ideas and almost nothing that gives hope for a transformation in the treatment of mental illness”.

So whats the value of spending millions on resubmissions for off-label uses? This would allow the companies to extend the patents that are about to expire and get another 10 years of sales for the same old compounds, except in a shiny new packet with a slightly different name. They will then proceed to spend the billions they could have spent on discovery on advertising *insert neuro-funking-catchy-sounding-name-here* to consumers in America (as this is illegal in the Europe) and wining and dining the buyers of surgeries and hospitals globally. This is all simply because it’s a lot less financially risky than doing real R&D.

In reality only 8% of CNS drugs make it to market and most that crash do so in the final stages of R&D, making it a very high risk to start with. Big Pharma seems to have decided that the odds on discovering new meds in the CNS area just isn’t worth the risk. The worst bit? The government has just decided to cut science funding by 25%, great job Dave. On the plus side, this is great news for psychologists.. your patients won’t be deserting you any time soon.

Thanks to @mindhacks for putting this out there.. Big thumbs down to @science for locking such info behind a paywall so high it would make Hadrian cower.